The past few months have seen progress on the 3rd edition. The ship record sheets compass cards, and the various markers for the game have been completed. Just before Christmas all the updates and changes where sent off in a packet to Lou Zocchi for his input and approval. 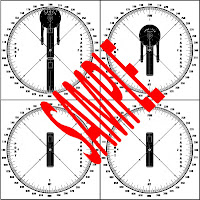 Because of copyright restrictions there not be any new ships in the published game, only the original ones: Heavy Cruiser, Destroyer, Scout, Tug, Dreadnought; R-type, K-type, and T-type ships. New records sheets and compass cards will be included for the various Tug configurations: with no cargo pods, one cargo pod, and two cargo pods, and just the cargo pod, as well as the battlepod from the optional rules. The compass cards for the Tug will make it easier to play - the original game had one compass card for all the variations; you placed little cut-outs of the cargo pods on top of it to show the changes. Also a record sheet for the K-type battlecruiser for a R-type ship. 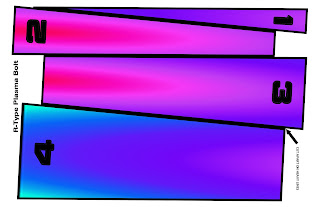 The biggest changes have been with the non-Federation ships. The R-type has been undergoing the biggest changes: slight changes in the record sheet to include impulse engines which match references from the original series and blueprints, (plus it works better in the game), changes to the cloaking device and plasma weapon both for clarification in rules and playability. Changes to the T-type webbing rules, and slight modification to the K-type power totals.

﻿﻿
﻿﻿
Now comes the real work. Updating the rule book to match 30 years of changes as to how rulebooks read and look. Also the new rules will include lots of photos of play and examples of how the record sheets are filled out, (as per requests from conventions and emails.)
Posted by Chief cook & bottle washer at 8:37 PM