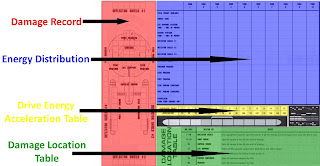 For the many of you who have contacted me  with your enthusiasm for this project here is an update.

The good news is that the graphics, rule changes (mostly the Romulans and Tholians), and layout have been going well. Color pictures and rule explanations are being used throughout - oh the joys of PDF's.

The bad news is Lou has forgotten our discussions and plans that we worked on. He is back to having an almost paralyzing fear of the Internet and pirating. So he is doesn't want to put the new (or old for that matter) edition up on RPGNOW. 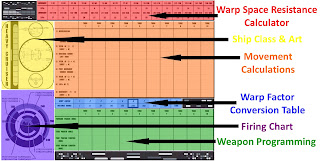 What I do have is permission (in writing no less) is to have a small print run made of the new edition and to sell them at any event I demo Star Fleet Battle Manual. This will not be happening.

While this would have been a dream-come-true 30 plus years ago to a young Star Trek fan and gamer it is not something I am interested in doing now. The purpose of this project was to update a much loved game and to get it out to a new generation of gamers - and to help Lou make some money off of his work that is being pirated anyway.

So for right now the new edition is on hold. For those of you who see Lou at conventions this summer, let him know that you'd like to see the game become available - and try to make him understand how internet pirating works.
Posted by Chief cook & bottle washer at 7:40 AM