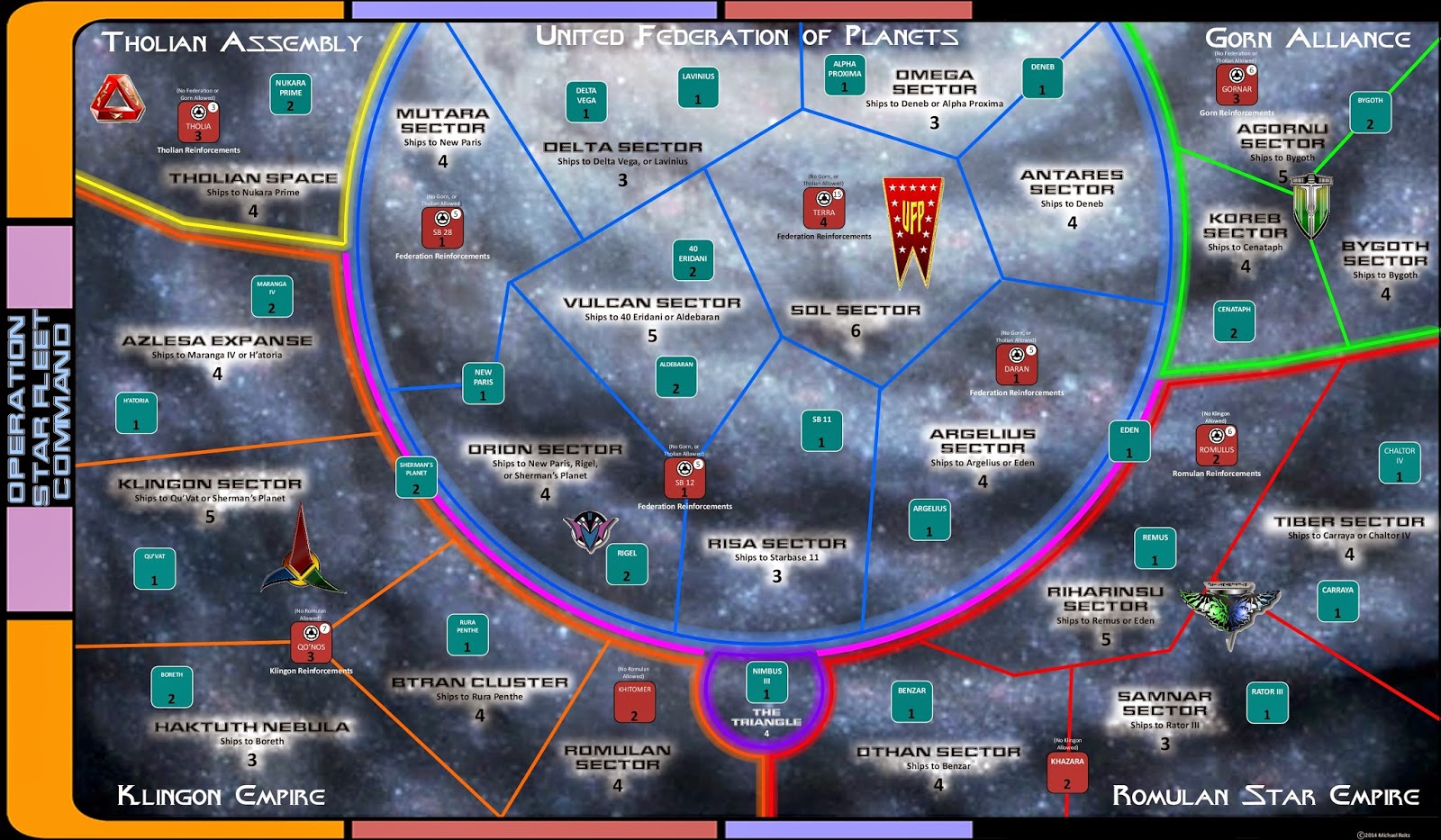 The past few weeks have been busy, but I've had time to do some more play testing on Operation Star Fleet Command. The are still no victory conditions, the fleets are still unbalanced, but I am pretty satisfied with the map board. The map board and the battleboard are now available. 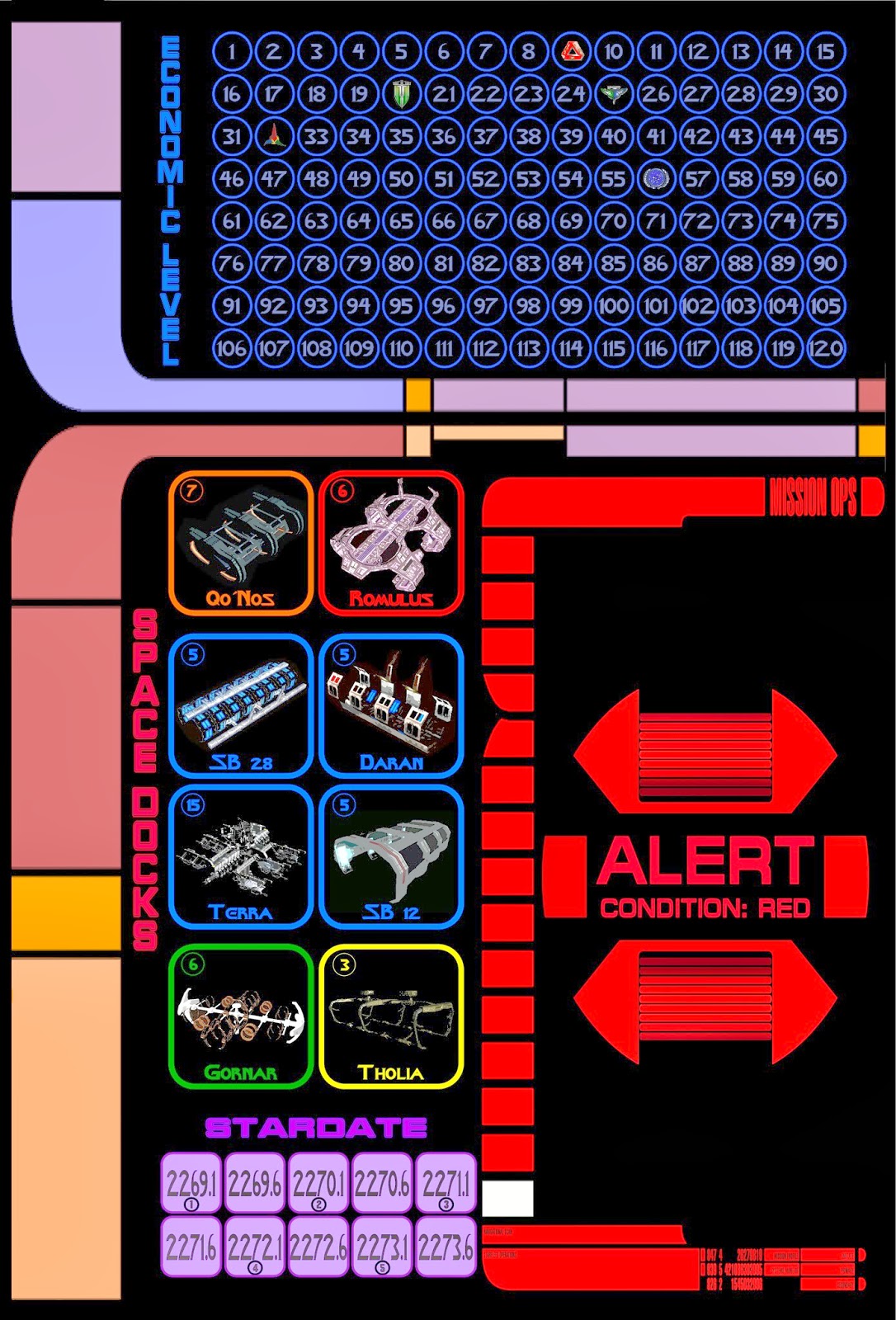 this looks great, and sounds even better! Can one use SFBM3 to fight out the battles?

There's always room in my life for a good strategic naval game that has a good tactical game to fight things out with.

Thanks for the comments. You really can't use SFBM because the ships in that game are only the ones present in the TV series. Star Fleet Command uses the ships in FASA's Star Trek Combat Simulator.

dang - SFBM3, FASA STCS, and SFB...how many games can one series handle!!

But actually one COULD use SFBM3 for you game, it would just limit the number of ship types OR you'd have to make your own, am I right?

How are you going to sell the game? Even the board would be very useful for Trekkies, so you might want to consider selling that as a separate option for RPGers and such.

Keep up the great work! QC

You could make different ships for SFBM3. The conversions would not be that difficult since the FASA system had a really good numerical comparison for ships.
No I am not going to sell the game - copyright for it would be too expensive and too difficult. The plan is to simply release it to the fans - once I have it balanced.