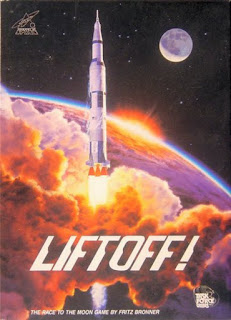 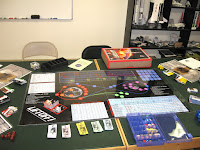 For those of you who have been following this blog, you know that I made my deluxe version of Fritz Bronner's Liftoff! game sometime ago. Actually, I never really had the game to the point that I was completely happy with it. The look and feel of it was great, but there where still a few things I wanted to add to it; the biggest improvement was to add another player. So finishing it was one of my goals this year.

My first step was to add a fourth player. A big help with this was addition of female characters to the Kerbal Space Program. Now I felt that I could make the Kermans the additional player. I split the science fiction space program off from the Kerbal program (the SF astronauts from the Kerbal equipment). Now the Kerbal equipment has Kebalnauts, and the SF astronauts have pieces of equipment from different television shows and movies. I had the new card sets printed on linen stock as my earlier cards sets were.

You can find the complete set of cards here:

The game board also needed tweaking - I had found a few mistakes, and I also wanted the year spaces to have both a first and second half since that is usually how we play it. I then had the board professionally printed and laminated.

The board is here: Deluxe Liftoff! Board. 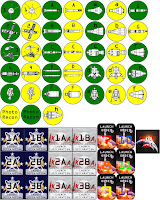 With the addition of the fourth player and the updating of the board, I also needed new markers. These were printed on sticker paper and mounted on wooden tiles.

For ease of play I designed play mats. These have spaces for each launch facility, purchased components, and a player's current astronaut corp. These I also had printed and laminated.

Then there where all the little things: a new plastic storage box for all the markers and Lego pieces, dice for each player in matching colors, storage for cards and money, and a custom game box. I already had the money printed, Event and US/USSR card sets, Mission Event book (Failure Tables), and Lego parts. 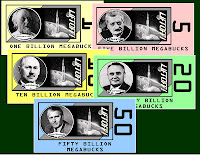 For those of you who have a copy of Liftoff!, feel free to add any and all of these components to tweak your game. One of the reasons that I don't include the files for the Mission Event Book (Failure Tables), is that these are a key component of the game along with the rule book; and since Liftoff! is still available from Mr. Bronner, those of you who want to play the game will need to purchase a copy from him first. A good way to contact him is through Boardgamegeek.

Posted by Chief cook & bottle washer at 9:18 AM


Excellent site. A lot of helpful information here. I am sending it to several buddies ans also sharing in delicious. And certainly, thank you to your sweat! outlook email login